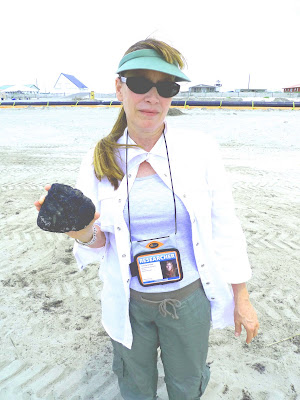 I had jumped the boom... and headed to shore.

The beach was a "hot zone" [named by BP] and being cleaned for tar. I found this tarball...and a few disconcerting dead fish.

The beach is very long ... and was totally closed and being cleaned. BP had large workforce assembled... several "sandbonis" and lots of equipment.

I can say that it felt like a militarized zone!

I was detained by BP and "decontaminated." They would not let me photograph this.

Things You Need to Know

Get the paintings emailed to you as they post. Email:

Promote Your Page Too